The late Rawlings was finally laid to rest after he died at age 73 in November of 2020.

Rawlings was born on June 22, 1947, and was a military officer, a politician and a chief from the Ewe tribe.

Speaking at the funeral ceremony, President Weah described the late military man as a people-oriented person who loved his country and was an inspiration and role model for many African leaders.

President Weah said, with the passing of the late Rawlings, Ghana should build upon the solid foundation laid by the former president in upholding democratic governance and the social and economic development of Ghana.

“I want to call on the political leaders of Ghana including President Nana Addo Dankwa Akufo-Addo and the NDC Standard-bearerJohn Mahaman to peacefully resolve the fallout from the recent election,” President Weah noted.

President Weah admonished the two Ghanaian leaders to work together for the advancement of Ghana’s democracy, peace and development.

Also speaking upon arrival with the Liberian leader at the Roberts International Airport, Maritime Boss, Lenn Eugene Nagbe informed the media that while in Ghana, he met with the Nigerian delegation on the matter of piracy on a Turkish vessel carrying a Liberian flag.

The vessel which was attacked weeks ago claimed a life and sized many others. Mr Nagbe stressed that the issue of piracy is very serious, a threat to security on the waters and needs to be tackled now. He informed the media that they are working on the issue and called on ECOWAS and others collaborators to join in fighting the course. 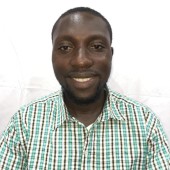