In an effort to reduce criminal rate including activities across the Country over eight hard core criminals were Monday August 27, 2018 arrested by the police from about eight notorious criminal venues in and around the City of Monrovia.

The suspects mainly man and women are currently undergoing thorough scrutiny by investigators of the LNP.

According to Police Spokesman Moses Carter the LNP remain resolved in ensuring that they work hard to see the people of Liberia go to bed in peace.

” We will not stop until our people are safe and secure”, Moses added.

He said that they have made some gains thus far in fighting to mitigate crimes across Liberia which he noted is still a challenge but can be address soon.

Mr. Carter named the arrest of three murder suspects in Lofa and Montserrado Counties including recent efforts by the police detachment in Grand Cape Mount, The Rescuing of six out of eleven victims from canoe capside are amongst latest interventions by the police.

The Chief of Public Affairs at the Liberia National Police was also quick to warned individuals in the regular hobit of publishing accident reports and or statistics in a drive to solicit funds from donor partners to desist now or face the full wait for the law.

According to him the traffic law of 1973 with reference to chapter 38 section 9.8 gives the LNP the exclusive right to publish accident report and not and other organization adding that their latest report which was released to the public recently now allows them to carryout the ongoing public safety awareness across the Country.

In a drive to continue in such good spirit going forward every year July 31, will be observed as public safety day, he added.

In a related development about three senior police officers are currently out of the Country participating in a senior executive strategic management,global armed policing training in Kigali, Rwanda.

The training which is a master entry level course is intended to further help build the capacity of Liberian police officers into other international strategies and many other.

The three police officers who left the Country on August 13, 2018 will return to the Country soon and share lessons learned with their colleagues.

Meanwhile Police Inspector General Patrick Sodue has commended his Rwandian counterpart for always helping to build the capacity of Liberian police officers adding that his administration is committed to building the technical skills and capacity of his officers across Liberia.

The professional and academic component of the training is been shouldered by Rwanda,noted Moses Carter. 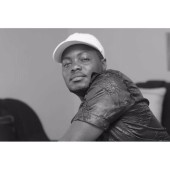 As Executive Mansion Project Hangs In The Balance, National Treasury And Historical Artifacts Are Unaccounted For , House’s Preliminary Findings Reveals