SUPPORT TO THE FIU IN MAKING IT INDEPENDENT, EFFECTIVE AND OPERATIONAL WILL MAKE THE INSTITUTION MORE FUNCTIONAL; SAYS FIU NEW BOSS.

On Friday, the 1st of November 2019, the new FIU Boss was inducted into office. This came as a result of the president’s appointment. FIU is the acronym of Financial Intelligence Unit, an agency that fights financial crimes in Liberia. Mr. Harris Jr. succeeds Alex Cuffey who ended his term as Director General of the FIU. Giving his acceptance  speech at the ceremony, Mr. Harris said, the FIU has been aligning itself with other agencies for the past five years to move to the next level and  he believes the time is now where non-compliant institutions will face the full force of the law. “In keeping with FIU laws, it is time the FIU go after the proceeds of crimes derived from predicate offenses, it is time the FIU activates its sanctions and administrative policies in preventing the dual crimes of money laundering and terrorist financing,” he cautioned.

The new boss stressed the economic challenges the country is faced with and noted that it threatens the peace of Liberia. He also pleaded that Liberians remain strong, focused and determined during these harsh times. Mr Harris raised the issues of International and local concern of conviction on money laundering and terrorist financing in Liberia and pleaded with all stakeholders to work collaboratively in preserving the integrity of the financial system in the country.

At the same time, the Director General noted, the FIU will go beyond reporting entities and owners hiding behind it, but will expand its regulations to real estates, construction companies among others will be fully implemented. “In keeping with FIU authority and power, we will fearlessly go after properties we suspect proceeds of crimes,” said the new boss. “Support to the FIU in making it independent, effective and operational remains the highest evidence that the government of Liberia has to demonstrate strong political will in fighting money laundering and terrorist financing,” Mr. Harris pleaded.

The new boss appreciates the president for nominating him and thanked the FIU board for allowing him serve the Liberian people, using the institutional frame work of the Financial Intelligence Unit of Liberia. 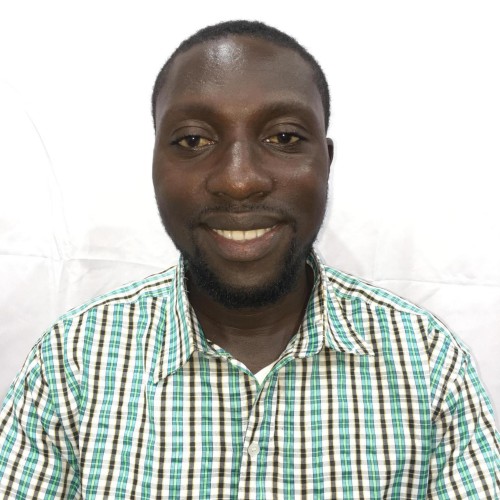 Godfred Badu Quansahhttp://www.kmtvliberia.com
I am the TV Director/Senior Reporter/Photo Journalist for Kreative Mindz Studio (KMTV LIB), base in Liberia. I cover political, economic development, sports and human development stories with in Liberia, with the focus of development, democracy, human rights and social media. Since joining KMTV as Program Director/Photo Journalist early 2018, I have developed programs currently running on KMTV and covered stories ranging from politics, sports and social issues in home land Liberia and Ghana. I previously worked as a photo journalist for OK FM and Ghana Broadcasting Corporation (GTV), where I covered politics and economic developments, sports and social issues and local drama. +231778397650/+231881378585 gbaduquansah@gmail.com